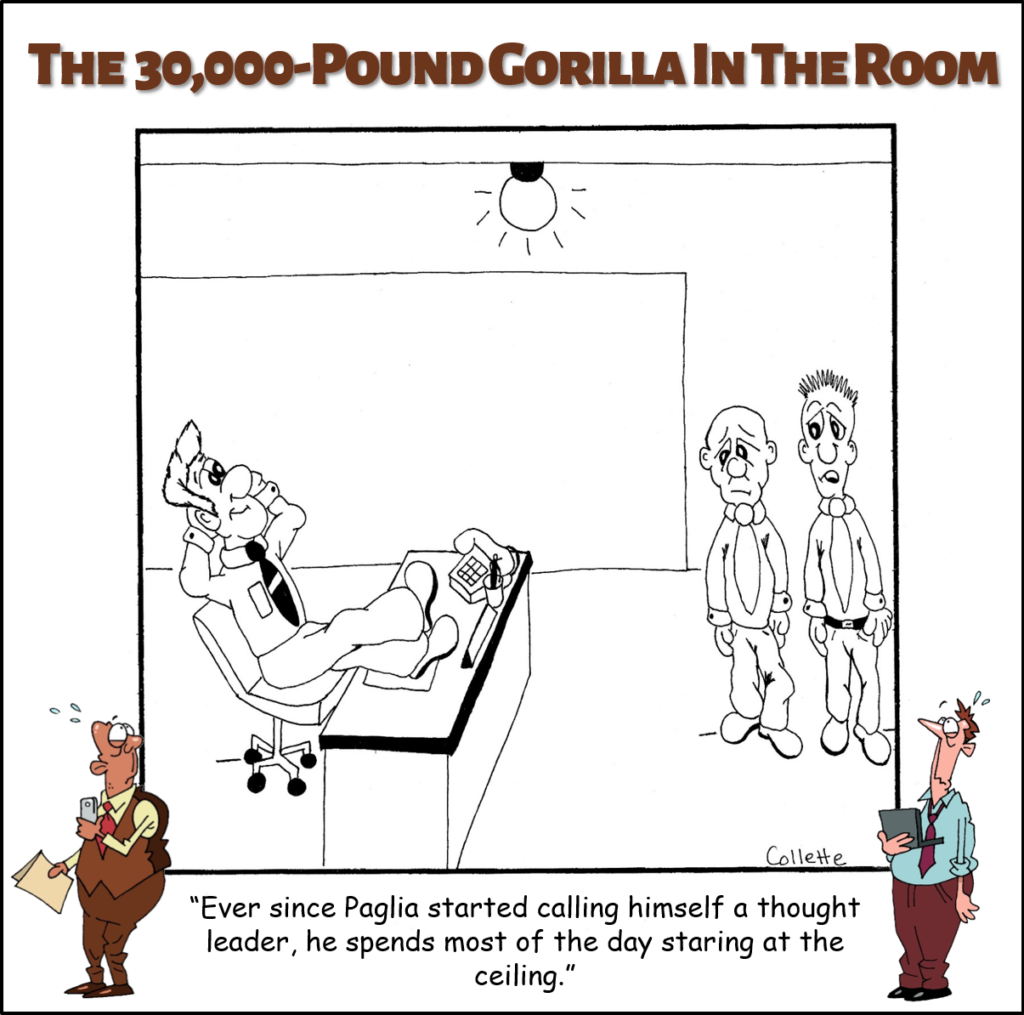 (Thought Leader is an annoying business term and is just one of the 212 Most Annoying Business Phrases Managers Effuse, Confuse, and Overuse detailed in the hilarious must-have guide for every workplace: The 30,000-Pound Gorilla in the Room. Available right now on Amazon.)

You may want to argue that thought leader is just an annoying imaginary title and not an annoying phrase. You’d be wrong.

While thought leader is certainly one of the most annoying made-up titles that gets thrown around nearly every industry, it’s beginning to creep into the vernacular of the self-anointed thought leaders you work with.

To be clear, self-anointed are the only kind of thought leaders we encounter today. To add some credence to their overblown opinion of themselves, you’ll find these annoying thought leaders anointing others.

“Yes, that Romig is a real thought leader.”

No he’s not; Romig just talks a lot… as do you.

The odd concept of thought leader in most industries today is based on prolificity and not production.

That is, those who have an opinion about everything; who fill their social media timelines with clichéd memes; who pontificate at every turn about all subjects – in other words, who never seem to shut up – think of themselves as thought leaders.

« Think Outside the Box » Total-Total