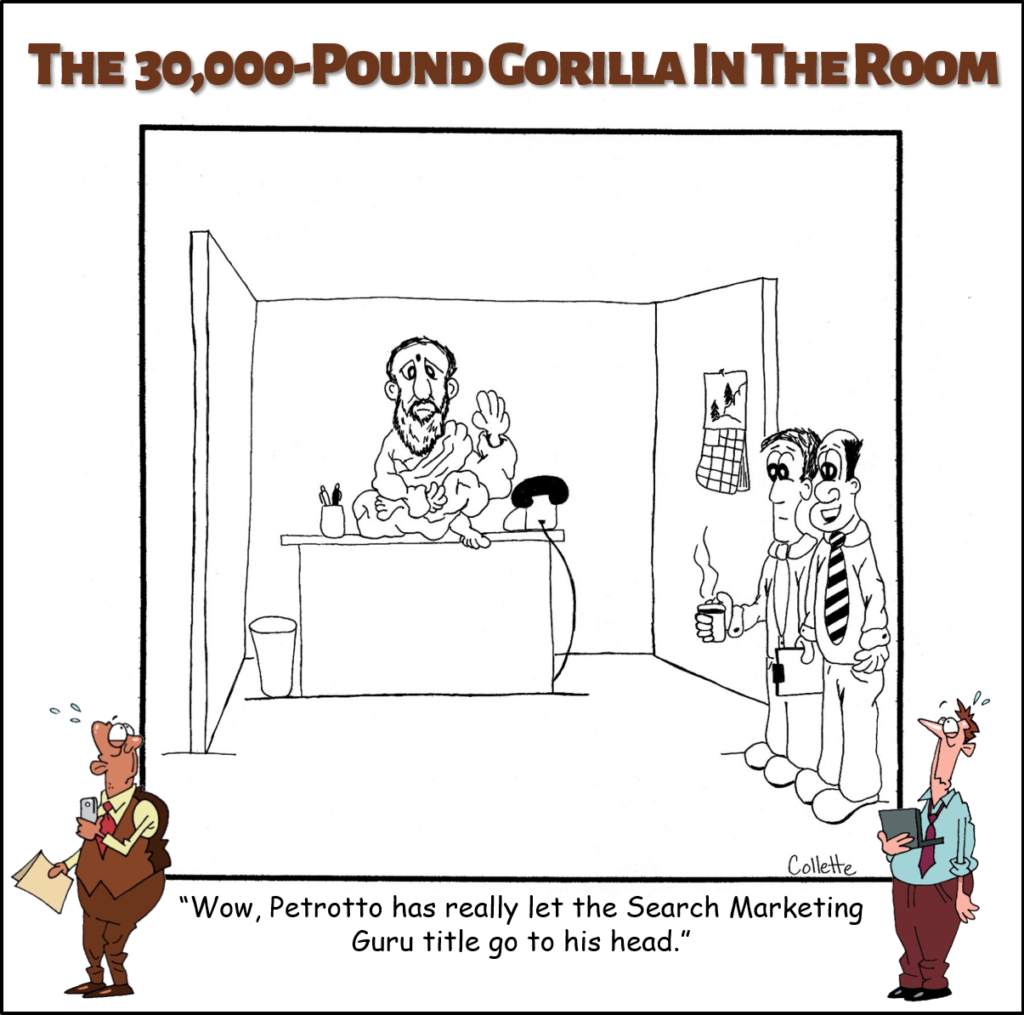 (Guru is an annoying business term and is just one of the 212 Most Annoying Business Phrases Managers Effuse, Confuse, and Overuse detailed in the hilarious must-have guide for every workplace: The 30,000-Pound Gorilla in the Room. Available right now on Amazon.)

Guru is not so much an annoying phrase as much as it is one in a long list of annoying, douchey, self-bestowed titles and job descriptions today’s plebeians (mostly in the technology and digital marketing fields) have chosen to claim.

So, instead of proudly executing your job duties as the Social Media Marketing Coordinator for your company, you claim to be the Social Media Guru! Your boss doesn’t care because she worries about the important stuff… plus, she already thinks you’re kind of weird.

But, of course, nothing says you can really dominate the world of social media more than a stupid title you’ve bestowed upon yourself. Congratulations; now, no one need give you a raise because you’ve already given yourself a promotion!

You truly are some special kind of guru, aren’t you?

Replacement phrases: Pick a job title that describes what it is you really do. This mean, unless people are climbing a mountain to hear your wisdom about posting on Pinterest, you’re a coordinator, not a guru.