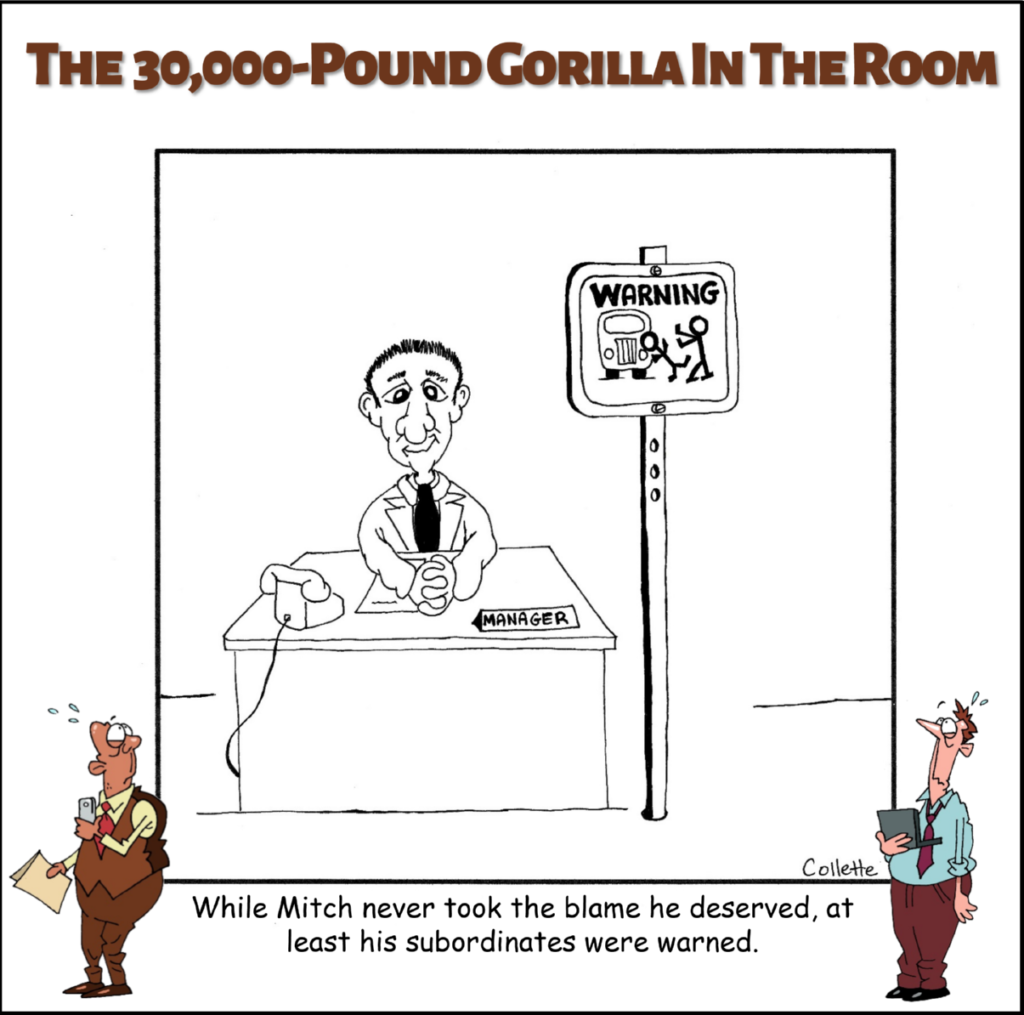 (Under the Bus is an annoying business term and is just one of the 212 Most Annoying Business Phrases Managers Effuse, Confuse, and Overuse detailed in the hilarious must-have guide for every workplace: The 30,000-Pound Gorilla in the Room. Available right now on Amazon.)

Apparently in thousands of workplaces across America, employees are being unjustly sacrificed for a variety of reasons. Whether it’s to avoid blame themselves or to simply redirect the ire of their own superiors, the weak among the (mostly) manager class is busy throwing their subordinates under the bus.

If that’s all they were doing, we’d just chalk it up to typical management. Unfortunately, they (and, of course, those being thrown) cannot stop talking about this imaginary bus and how they threw someone (or were thrown) under it.

If only they could shut up about it, right?

Of all the annoying jargon heard in the workplace, under the bus is among the worst.

When the thrower says it, it’s self-congratulatory braggadocio.

When the throwee says it, it’s self-pity in search of commiseration.

And the visual is always disturbing.

Of course, those who complain most often about being thrown under the bus are usually the underperformers on the team. Those, you might argue, deserving of being tossed in front of a moving bus.

« Trying to Boil the Ocean » Unpack