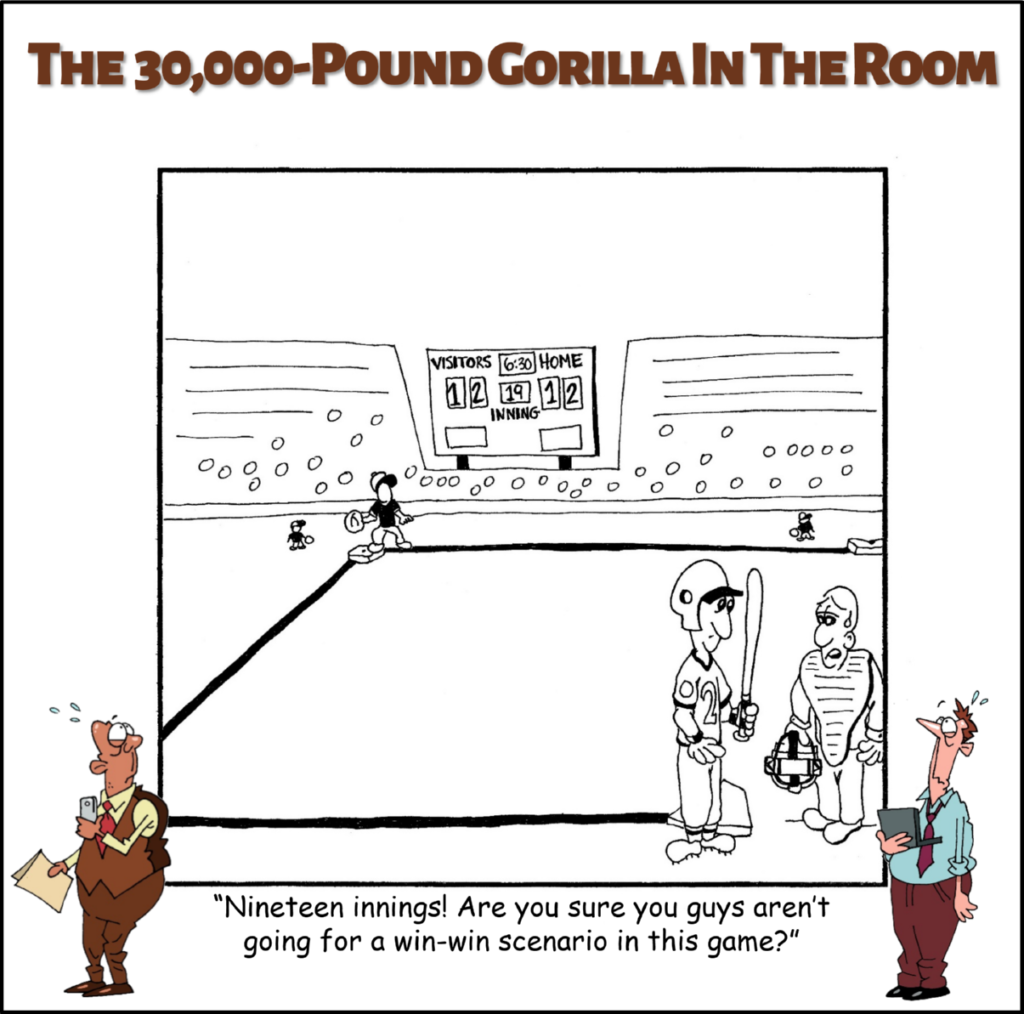 (Win-Win Scenario is an annoying business term and is just one of the 212 Most Annoying Business Phrases Managers Effuse, Confuse, and Overuse detailed in the hilarious must-have guide for every workplace: The 30,000-Pound Gorilla in the Room. Available right now on Amazon.)

Allow us to overgeneralize a bit to introduce this phrase.

That last example is called a win-win scenario – that is, everyone wins. Of course, this should be the desired outcome of all your negotiations; and it’s even okay to say you’re seeking a win-win outcome when walking into a negotiation.

The issue we have with this saying is the overuse and misuse by some managers. While many who use this term do so correctly (and sparingly), there is a portion of the management population that latched onto this phrase and will simply not let go.

Any situation that can have multiple outcomes now becomes an example of something deserving of a win-win scenario. They see the proposed food order for a company lunch, and they utter, “Well, be sure we go for a win-win scenario;.”

They notice a new copier in the office and the first words out of their mouths are, “That’s a real win-win scenario, isn’t it?”

If you haven’t yet had the pleasure, believe us, it’s as ear-bleeding as it sounds.

Replacement phrases: As with many misused terms, there are too many replacement phrases to list. Did your manager mean that both parties in a negotiation should win or was he really just trying to get everyone to compromise? (A comprise, by the way, is often the antithesis of a win-win scenario, as it’s really a tie-tie scenario.)

« Where the Rubber Meets the Road » Work Smarter, Not Harder