We recently received the comment below on our Young Managers – How Do They Lead Older Subordinates post:

Hi, I am a female, 28 year older manager leading a mix team of 8 people who are 15-25 years older than me in finance operations. I have slightly different situation. I am an EXPAT from India working in Netherlands in a Dutch company. All my team members are locals and working for more than 10 years. I worked with the same group of people for 2 years and then got promoted and became a manager of the same team. Clearly I faced rejected behaviours as I am much younger, more educated, new with the company and was once a team member of the same level. Its been 2 years that I am struggling with handling them and know they dont like me. I tried almost everything to make it work, helping them, coaching them in the areas to be improved, explaining the high level expectation from our management but its never get appreciated. But if I do try to put timelines and get explanations for not meeting them, the whole atmosphere becomes negative. Can u please advise considering my specific situation?

(This topic is so important that we felt it was of greater benefit to all to answer this with a new post rather than just replying to the comment on the original post.)

Thank you for this great question! Given the ever-shrinking world we live in today, your situation is becoming less and less unique over time. That said, it is certainly one that I’ve yet to encounter in person. (Though, I won’t be shy about providing a little advice if that’s okay.)

Because I’m not in The Netherlands at your company observing your day-to-day interactions, my recommendations are not absolute and you should weigh them against what you know (having worked there for a couple of years).

First, I do not envy your situation. It’s hard enough to be a manager today, let alone one who is so much younger than her 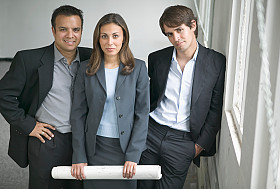 subordinates, is relatively new to the company, is female and foreign… Wow! Congratulations for achieving what you have so far – you should be very proud! It says quite a lot about you, your intelligence, your work ethic and your abilities that you were named as a supervisor ahead of those with more experience (and likely more in common with most everyone else on the job).

Now, let’s look at your goals via some quick points:

Are you a good person? Are you qualified to lead? Do you care about the company and your subordinates?

If the answer to of these questions is yes, then stop caring. Stop caring what they think and just lead. Remember this: You are the only one who can make you feel small. If a snotty subordinate tries and succeeds in making you feel bad, it is only because you let them. So just lead. Do what you know is right (and what helps you achieve goals 1 and 2) and just lead.

Great, but how do I lead these ingrates?

You have what we call in America a rather large elephant to eat. And as we know here (even though none of us has ever eaten an elephant), there is only one way to eat an elephant: One bite at a time. The task of getting these folks in line is huge, but that only means it has to happen one bite at a time.

Start small; and tackle each problem child individually. (This “divide and conquer” strategy is critical when dealing with teams that lack respect for a manager. You see, only a few of them actually don’t respect you, the others are just afraid to buck their coworkers for fear of being the next one to be ostracized. It is easier to gang up on you than to open oneself up to ridicule.)

The issue with most young managers I see is that they don’t want to hurt anyone’s feelings, so they stand up in front of the group and say generic, stupid things like “We all need to be on time everyday so that our teammates aren’t left to carry the load alone.” This is stupid to say because you aren’t really trying to address the entire team, just the two inconsiderate jerks that are perpetually late. Moreover, those two jerks don’t care about their teammates or they’d be on time to begin with. So next time, try something like this:

After you’ve had one-on-one meetings with the jerks and these have failed to change the bad behavior, stand in front of the entire group and look the two jerks in the eye as you speak about the problem in the most direct terms possible:

“As most of you know, Bob and Dave have been late to work four out of the last ten days. Now, normally this would not be a problem, but as you know management has put a lot of pressure on us to achieve _________, and when our teammates are late, it makes it that much more difficult on the rest of us.” (You want to make sure the entire team knows that you recognize how Bob and Dave are being inconsiderate to their coworkers by being late.)

Holding people accountable does not mean you become a jerk, it just means you follow through with the promises you made to your team. For example, if you say that “we need to complete XYZ by Friday afternoon, and if we don’t there will be hell to pay;” and then the team fails, you need to keep your word and hold those responsible for the failure accountable.

However, it’s important to understand that you don’t need to wait until someone fails to add in some accountability. My favorite way to add accountability to the work flow (and not just the results) is what I call “The Show Me Leader.”

The Show Me Leader

Learn two simple words and you will change your standing at work from manager to leader literally overnight. Those two words are “show me.”

Walk up to someone on the team and say, “Hi Bob, how’s it coming with the Johnson receivables?”

Then you say, “Great… show me.” (He might be confused the first few times you do this, so just smile like an insane person, keep very quiet and refuse to break eye contact with him until he blinks. This can be quite fun, actually.)

Okay, but what if NONE of this works for my situation?

Unlikely, though that’s certainly possible. If that is the case (and if you’ve truly tried all that I’ve shared) then remember your first goal: FMF… and find someplace else to work. You’re too good for these jerks.

« Dear Car Dealer: Why your record year might be a bad thing » Car Dealer Pay Plans: How Do You Structure a Pay Plan for a Hot Mess BDC?