Car Dealer Pay Plans: How Do You Structure a Pay Plan for a Hot Mess BDC?

I recently received an email from a colleague asking about a pay plan for an automotive BDC that I describe as a “Hot Mess.”

Why a Hot Mess, you ask? 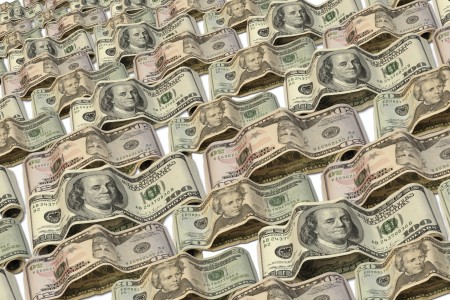 Now, to an abbreviated version of the email I received:

“My BDC has really taken off and now I’m now going to transition into a full Internet department. Do you have any advice on a commission pay plan for my Internet salespeople?

I will initially have 1 full-time and 1 part-time BDC appointment setter and 2 salespeople that will also be tasked with BDC work when they’re not selling a car. I was thinking somewhere around 60% of the standard commission as the BDC will be driving all the traffic.

Does that sound fair or do you have a proven pay plan structure you would recommend?”

With a pure BDC-to-Floor Sales relationship, I like a simple pay plan similar to this one:

The split commission for the floor is a non-negotiable aspect of the sustainable pay plan. If the dealership decides to pay a full commission to the floor for these sales, they can expect their total compensation to become excessive and unsustainable as the BDC becomes more successful.

The most successful BDC Pay Plans allow for 100% “at risk” compensation. For example:

Appointment Coordinators: The overall pay plan should start with a “target compensation” and work backward from there – expecting 50-60 appointments shown per coordinator.

Target Compensation: $2,500 to $3,000 per month (The target compensation is, of course, market-based, as is the draw amount)

Commission: $50 per appointment that shows within 45 minutes either way of their pre-scheduled time

However, it sounds like you’re doing something that combines end-to-end with some BDC elements – and this makes it much more complicated.

While I don’t have specific percentage recommendations on pay, I do have a couple of major cautions:

So, with these in mind, I would likely structure the commissions in a way that pays people for the results they personally accomplished/influenced. Something similar to this:


For the end-to-end sellers:

Y% commission on the deals they sold with any BDC involvement

For the BDC Agents:

Nothing for deals where they had no involvement

$A for deals sold where they had some involvement

Where X is a full commission; Y is a split commission (but with a full volume mark); Z is a robust amount (since you want valid appointment shows); A is about 20% of Z; and “involvement” is determined by the team and committed to a written definition before the first commission is paid.

By paying in this manner you will ensure you get the built-in checks and balances that the sustainable pay plan delivers, while still being able to run a complex BDC/Internet Department.

Hope that all makes sense. Please let me know if you have any questions.