Carvana is not “The Amazon of Car Dealers” 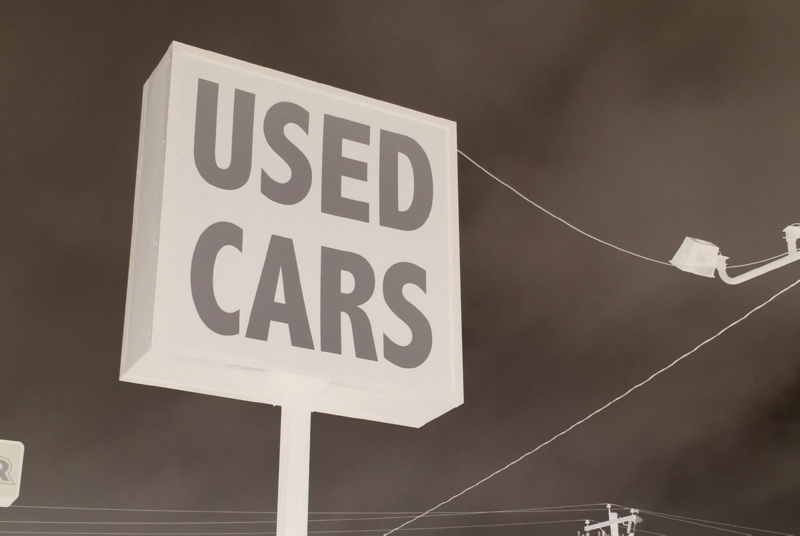 Carvana is not “The Amazon of Car Dealers”

When Carvana (NYSE: CVNA) announced their initial public offering in 2017, Fortune.com heralded the event with the headline The ‘Amazon of Cars’ Has Filed for an IPO. Certainly, Fortune chose this inaccurate description because the company was then describing itself as the “Amazon of cars” – believing that the “Amazon of anything” would create a frenzy for their stock… and it worked.

By September 2018, Carvana had reached a market cap of $10 billion – slightly more than AutoNation (NYSE: AN), Sonic Automotive (NYSE: SAH), Asbury Automotive (NYSE: ABG), Lithia Motors (NYSE: LAD) and Group 1 (NYSE:GPI) combined. Yes, you read that right, a used car dealer with few assets, loads of debt, no service departments, no new car operations, and no profit was worth more than five of the largest dealer groups in America… combined.

Carvana is Not the “Amazon of Cars”

Carvana is not the Amazon of cars or car dealers or anything close. Describing them as such proves a lack of understanding of Amazon’s rise over the past 24 years and Amazon’s operations today. (To be fair, many people close to the company try to downplay this notion, as well. Understanding, I assume, the absurdity of the comparison.)

To understand why Carvana is not and will not be the Amazon of car dealers, let’s look at the reality of automotive retail; plus, what made Amazon then, and what makes them now.

Amazon has, without a doubt, revolutionized how many items are purchased. Plus, online buying – even after more than two decades – is still in its pre-adolescence. According to the US Census Bureau, just 9.6% of retail goods purchased in America in the second quarter of 2018 were bought online. This means there is still room for Amazon and other online retailers to grow.

Okay, that must mean Carvana is onto something. Americans will surely prefer buying their cars online, right? Well, they’ve had years to do this, and they’re still not moving quickly in that direction. As Cliff Banks has reported, fewer than 400,000 of the nearly 47 million vehicles sold at retail in 2016 enjoyed deals consummated online. This, after more than a decade of eBay Motors and Tesla; and including all sales from Vroom, Carvana and other startups.

Moreover – and this is the important fact to remember – every new and used car dealer in America can inexpensively add 100% online vehicle sales today. Carvana, you see, holds no advantage (if/when consumers truly flock toward buying vehicles online).

To oversimplify Amazon’s rise, Amazon initially entered markets that were inefficient. Books, for example, were sold at high margins by retailers with relatively expensive storefronts. Thousands of these retailers held a few copies each of thousands of books. This was expensive… and inefficient.

Conversely, housing millions of books in a single warehouse and shipping on demand meant Amazon’s inventory holding costs would be much lower (per copy). Plus, without the expensive storefronts and retail employees, Amazon could be successful selling their books at gross margins lower than any traditional bookstore could match.

The used car market today – as was the case when Carvana was founded – is very efficient. There is relatively little net profit in selling a used car today (NADA pegs this at just $114 through the first six months of 2018).

Had Carvana been founded prior to the influx of pricing/inventory tools, they might have found an exploitable niche where efficiencies could be squeezed out of the used car retailing model. Unfortunately for them, mass inefficiencies (the kind Amazon was able to exploit) simply no longer exist with used car sales in America.

Because Amazon was or would become the largest single customer for many vendors, they commanded lower prices and other concessions from suppliers. They were and are able to muscle manufacturers in ways that even rival Walmart cannot always match.

Today, Amazon leverages their scale to create an unlevel playing field in almost every product category. Plus, and not an insignificant fact, Amazon also leverages its scale with shipping companies; enjoying rates much lower than virtually any other seller of goods.

To say Carvana is the “Amazon of car dealers” means you don’t understand the car business. Unlike a seller of used cars, Amazon will never face real inventory sourcing problems. If an Amazon supplier will not (or cannot) produce the levels Amazon needs at the price Amazon wants to pay, Amazon will find a new supplier or start producing these items themselves.

Creating scale that is leverageable is possible with goods manufactured by those able to ramp up production when demand dictates. Simply put, there are no manufacturers of used cars Carvana can squeeze the way Amazon can squeeze their providers.

Used car suppliers are not like book publishers. No one builds used cars, so there are no suppliers to muscle for better prices and terms. Used cars are bought by the piece – often from individuals – and as Carvana grows their sales, their need to acquire inventory grows. Of course, there are tens of thousands of used car retailers trying to acquire the same inventory.

The scale Amazon has been able to achieve with traditional retail goods is simply is not possible with used vehicles. Unlike buying books in bulk, incremental wholesale purchases of used vehicles become more (not less) expensive.

Amazon unfairly benefited (for over two decades) by not collecting sales taxes on purchases made over the internet. For consumers, this meant even if a local retailer matched the price of something on Amazon.com, buying from Amazon would mean no state or local sales tax – not an insignificant amount for most Americans.

Carvana is a car dealer. In all cases, Carvana’s consumers must pay the same state and local taxes and licensing fees as they would buying from traditional car dealers. Additionally, Carvana must obtain the same dealer licenses as traditional dealers. Simply put, there are no sales tax or licensing advantages for Carvana to exploit (as Amazon was able to do).

With Amazon Prime, consumers pay for the right to maintain their loyalty to Amazon. Moreover, because virtually anything can be purchased via Amazon.com, the customer base regularly transacts with Amazon. If Amazon sold only one type of good – a product that consumers replaced just once every few years – maintaining a loyal customer base could become cost-prohibitive.

How will Carvana stay top-of-mind for their current buyers? (They don’t offer service or repairs.) How will they be able to ensure the kind of loyalty Amazon enjoys? (There is no benefit to a “Carvana Prime” membership.) How will they continue to attract new buyers? (National television commercials – their current medium of choice – are an expensive proposition over the long term.)

Carvana, to be clear, is not even CarMax. Carvana will likely be required to spend heavily to attract customers and vehicles for the rest of their existence. Without the physical locations that CarMax enjoys on an “auto row,” Carvana must constantly remind car buyers that they’re here and they’re ready to help.

Additionally, Carvana will likely have to spend heavily on the most expensive marketing – that is, the name recognition and branding ads they currently run. Unlike the Chevy dealer I drive by every day, Carvana simply won’t be top-of-mind for most in-market consumers without it. And, unlike Amazon, no one is shopping at Carvana.com every week (as 85% of Amazon’s Prime customers do).

Certainly, adding a subscription model will help with customer retention; though (again) every dealer in American can offer that service today. Plus, when some buyers of Carvana’s late-model vehicles have these repaired at franchised dealerships, they can be wooed by the kind of great service many dealers are offering today.

Carvana is Worth $2 Billion

I don’t think many people doubt how many vehicles Carvana will sell this year – their growth (albeit without profit) has been impressive.

That said, their base was relatively small, and their gross margins are still just shy of the average dealer. Unlike Amazon, they will inevitably plateau because we are talking about used cars; not books, videos, shoes, or groceries. There aren’t any suppliers to muscle (like Amazon did to theirs). There aren’t any sales tax advantages over the existing marketplace (like Amazon exploited for years). And, there aren’t any used car factories that can ramp up production for Carvana.

The used car market in America is one of the most efficient markets ever. Between tens of millions of annual transactions, traditional auctions, transparent online retail pricing, and dealer pricing tools, there really are relatively few inefficiencies to be exploited.

As I’ve written before, Carvana is worth every bit of $2 billion… unfortunately for those still holding the stock, Wall Street will figure this out at some point. (And, given the recent market cap drop from $10 to $5.6 billion, perhaps some on Wall Street have already done just that.)

« Let’s Do This: How Three Simple Words Can Move Your Buyer Through to the Sale » Selling Cars Isn’t Hard… It Just Takes Work