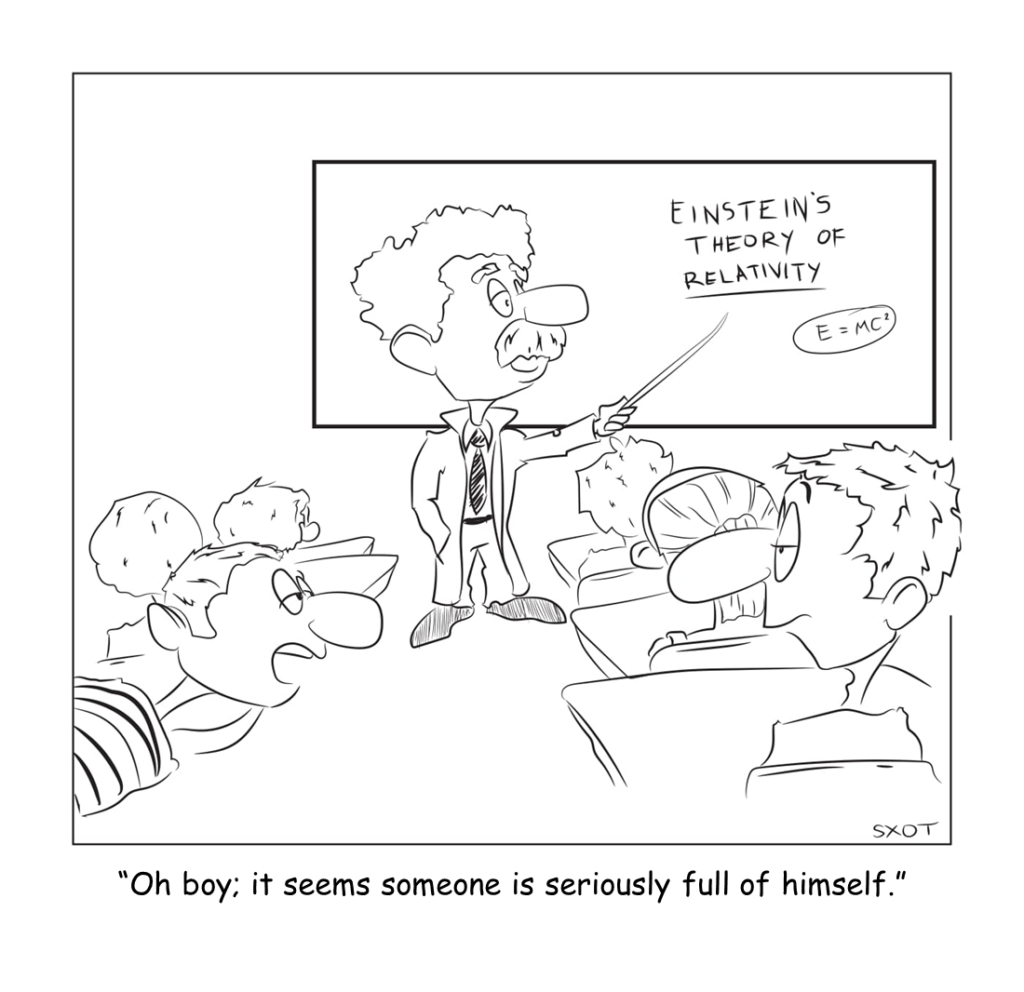 If you’re like me, you were completely unaware that Albert Einstein had a Theory of Shit Sandwiches. Of course, he called his version the “success formula.” (For a genius, the guy sure didn’t know how to market his ideas very well.)

I’ve decided – in honor of all his great work and this mediocre book – to rename his “success formula” Einstein’s Theory of Shit Sandwiches. (That’s not too arrogant of me, is it?)

Einstein defined the success formula thusly: “If A equals success, then the formula is A equals X plus Y and Z; with X being work, Y play, and Z keeping your mouth shut.”

In other words, he believed (a little tongue-in-cheek) that it took equal parts work, play and shutting up to be successful. While success means different things to different people, I am willing to accept Einstein’s formula at face value. In fact, because two-thirds of the formula essentially means eating a shit sandwich, I will even endorse it. Imagine if your employees only played one-third of the time? You’d be the most successful company of this century.

Of course, while I accept and even endorse Einstein’s Theory of Shit Sandwiches, that doesn’t mean I cannot improve upon it. (Improve upon Einstein? Now that’s arrogant!)

Feel free to choose one of these success formulae as your driving force and hang it in your cubicle:

A=X+Y+Z+E Where E is having your eyes wide open; and X, Y, and Z are as Einstein designated them. In other words, to be successful, be prepared to provide equal parts work, play and silence, while watching everyone and everything.

A=2PSS>BPSS Where PSS is the perception of the shit sandwiches one consumes and B is still that sap who works next to you. Like the formula A=2PX>BPX, this one assumes that perception is more important than the reality. In this case, you need to be perceived as having consumed twice the number of shit sandwiches as the dude in the next cubicle.

Don’t overthink the road to success; it really is quite simple. Despite the fact that there is an Einstein formula for it, it ain’t rocket science.

« Buyers are Liars… But, Who Cares? » More Genius than Einstein…