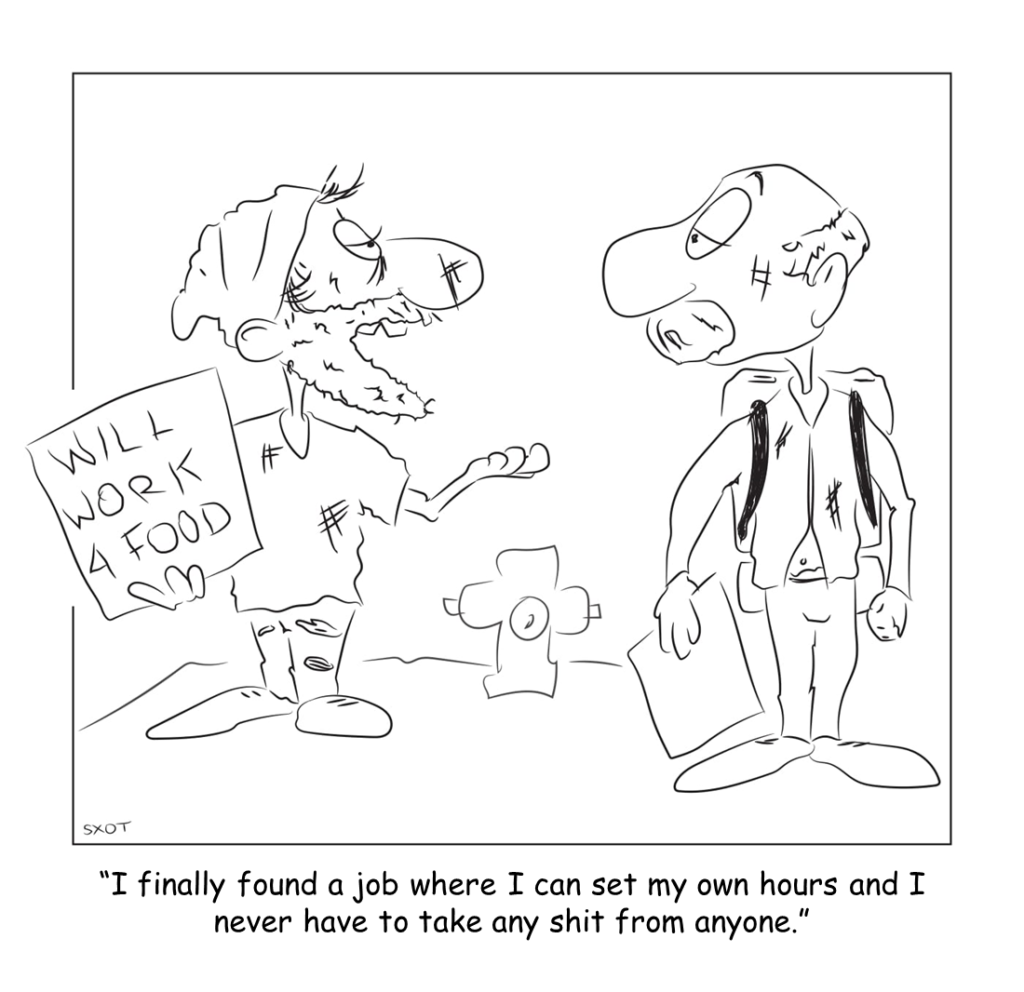 There is a natural law known as the Law of Shit Sandwiches. This law states that avoiding them will cause them to grow in size and multiply in quantity. You cannot avoid shit sandwiches.

Ray’s aversion to shit sandwiches was so great that he decided to open his own bar. A place where he could be his own boss, work the hours he wanted to work, and never again have to eat a shit sandwich from anyone. He was going to live the American Dream. Moreover, he was going to be making more money than ever and have the freedom to travel the globe.

That was more than fifteen years ago, and Ray still owns his tavern. He enjoys a small group of regulars that love coming to Ray’s Place. They love the camaraderie, the conversation, and they especially love the cantankerous Ray. His American Dream, however, has been put on hold; “temporarily,” he says. The last time I spoke to him, he had just fired his night bartender for stealing. (He was dating her on the side, so it was a bittersweet parting.) This meant Ray was working double shifts while he looked for a replacement. He lamented that he had more free time to enjoy life when he drove a beer truck.

Ray will admit he is less happy today than on the beer route, because he now has to eat way more shit sandwiches than ever before.

Ray was, by all accounts, better off delivering beer than he is as a bar owner. He had paid vacations, tenure, great health insurance, and he was home early almost every day. The issues he had to deal with were not unreasonable or even that plentiful – Ray could just never get over having to eat shit sandwiches.

As Ray has learned too late, you cannot avoid eating shit sandwiches if your goal is to be anything but homeless. They will just be waiting for you… growing.

« Your Goal For Today: To Fail » The 1st Secret to Getting What You Want