Forgetting the Goal: A Leadership Dilemma

The Big G Goal, That Is 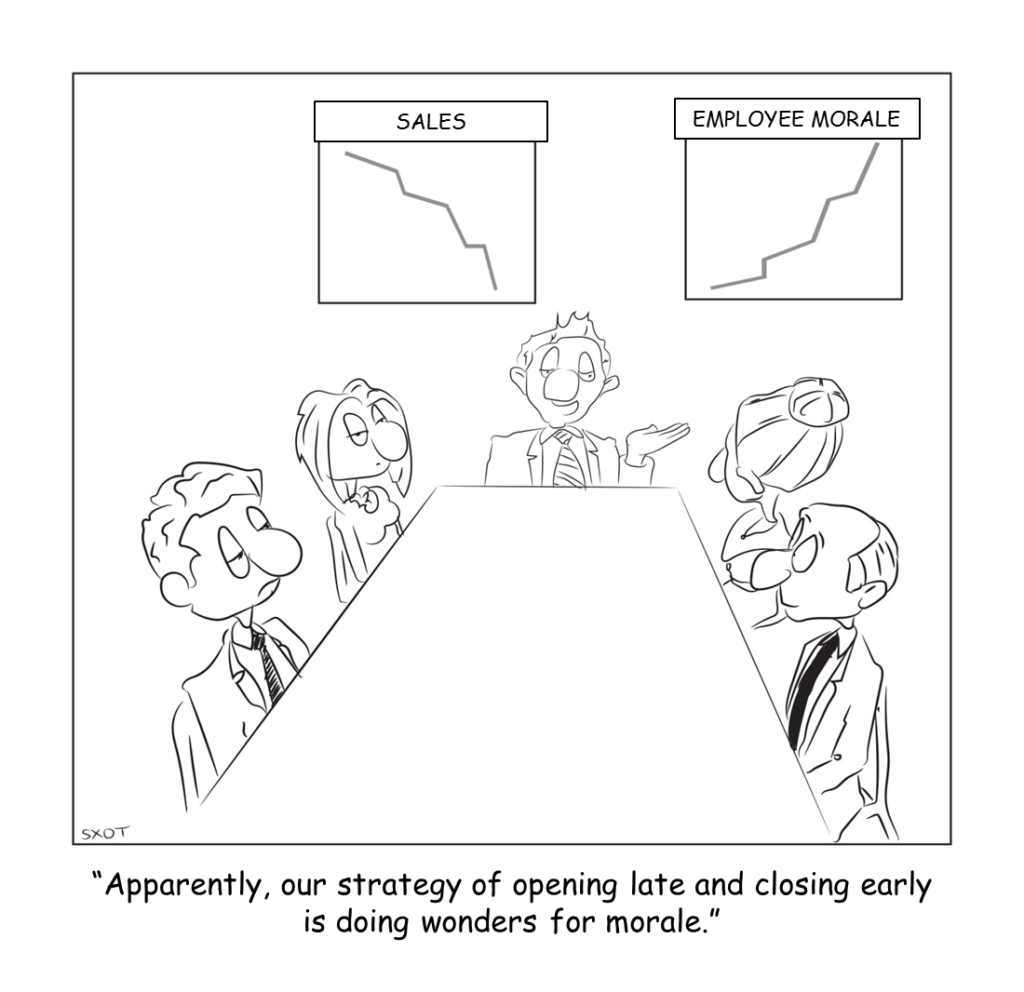 Forgetting the Goal: A Leadership Dilemma

It seems everywhere we turn today we see examples of poor leadership. We experience bad customer service provided by an uncaring workforce using poorly designed processes all in the hopes of having us buy more of whatever product or service this particular company offers.

Of course, we may not recognize these little inconveniences as leadership voids, but they are voids of leadership nonetheless.

While the lack of true leadership in American business spells trouble for employees and middle managers, a byproduct of this missing leadership are the consumer annoyances we see more often in everyday life.

It seems business leaders are forgetting the goal. When management teams focus too closely on a particular business issue – and they fail to weigh the solutions to that issue against the goal – they create unintended negative consequences.

This leadership void played out in April 2017, when a frontline United Airlines employee or manager (or a whole bunch of them) called airport police to have a passenger forcibly removed after he refused to leave the aircraft. (You surely saw the video.)

He and the entire planeload had been offered $800 in United Airlines vouchers if they would voluntarily give up their seats for four employees of a United affiliate carrier that needed to get to Knoxville. No one was willing – at that price – to deplane, so the frontline United employees selected four lucky passengers “at random” and told them to leave.

Had this gone no further, this would still be a textbook case of the leadership void United and so many other companies have. It’s a nearsightedness that believes it’s better to destroy your relationship with four paying customers (by ordering them out of the seats they paid for and were assigned to) rather than just increasing the amount offered until four passengers volunteered.

By law, United was going to have to pay $1,350 to anyone they told to leave the plane, so why not offer at least that much before kicking anyone off? Because for years, United management – all the way up the CEO – had forgotten the goal. This company had been so focused on squeezing the buffalo off every nickel that they forgot they have employees and customers who will not tolerate being stepped on just so United can save a few dollars here or there.

Customers are pretty important to a company like United Airlines; and you simply cannot reach your ultimate goal if you step on everyone important along the way.

Leaders, more than anyone else, should know this.