Eat Your Own Dog Food 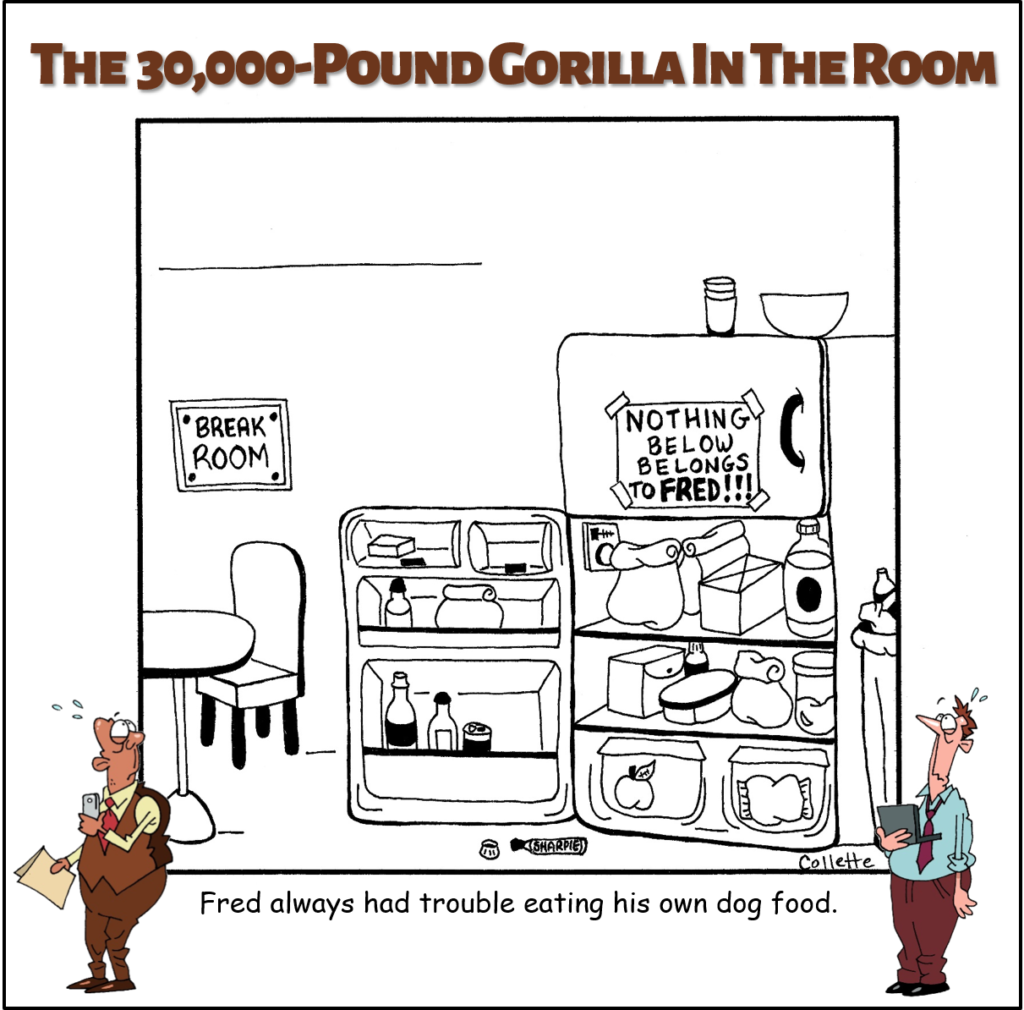 (Eat Your Own Dog Food is an annoying business term and is just one of the 212 Most Annoying Business Phrases Managers Effuse, Confuse, and Overuse detailed in the hilarious must-have guide for every workplace: The 30,000-Pound Gorilla in the Room. Available right now on Amazon.)

Eat Your Own Dog Food

Like more than a few of the annoying phrases in this book, eat your own dog food conjures up unpleasant imagery. Of course, like every annoying thing managers utter, unpleasant imagery won’t stop them from spewing tired, exasperating, hackneyed phrases at every turn.

This term originated as a way to describe companies that use (or at least test) their own products within their ranks before (and after) releasing these to the public. If that were its only use, we suppose it wouldn’t make the list of the most annoying things managers say.

Today, eat your own dog food is most often misused as a nauseating way to say, “those in glass houses shouldn’t throw stones.” In other words, don’t talk about our problems until you address your own problems.

While we don’t hear this one too often, Steve was lucky enough to hear a service manager at a car dealership yell this at the store’s sales manager while he was writing this book. The sales manager was complaining that the service department’s mistakes were hurting the store’s sales business. This prompted the service manager to yell, “Don’t fucking come in here with that shit until you guys learn to eat your own dog food.”

Colorful? Yes, colorful and confusing; as the sales manager just walked away shaking his head, while the service manager immediately sported a shit-eating grin and a look of “mission accomplished” on his face.

As you could predict, ultimately nothing changed, and both managers continued to think the other was the real problem.

Replacement phrases: No replacement needed; just say what you mean.

See also: Shit Where You Eat

« Easier Said Than Done » Elephant in the Room