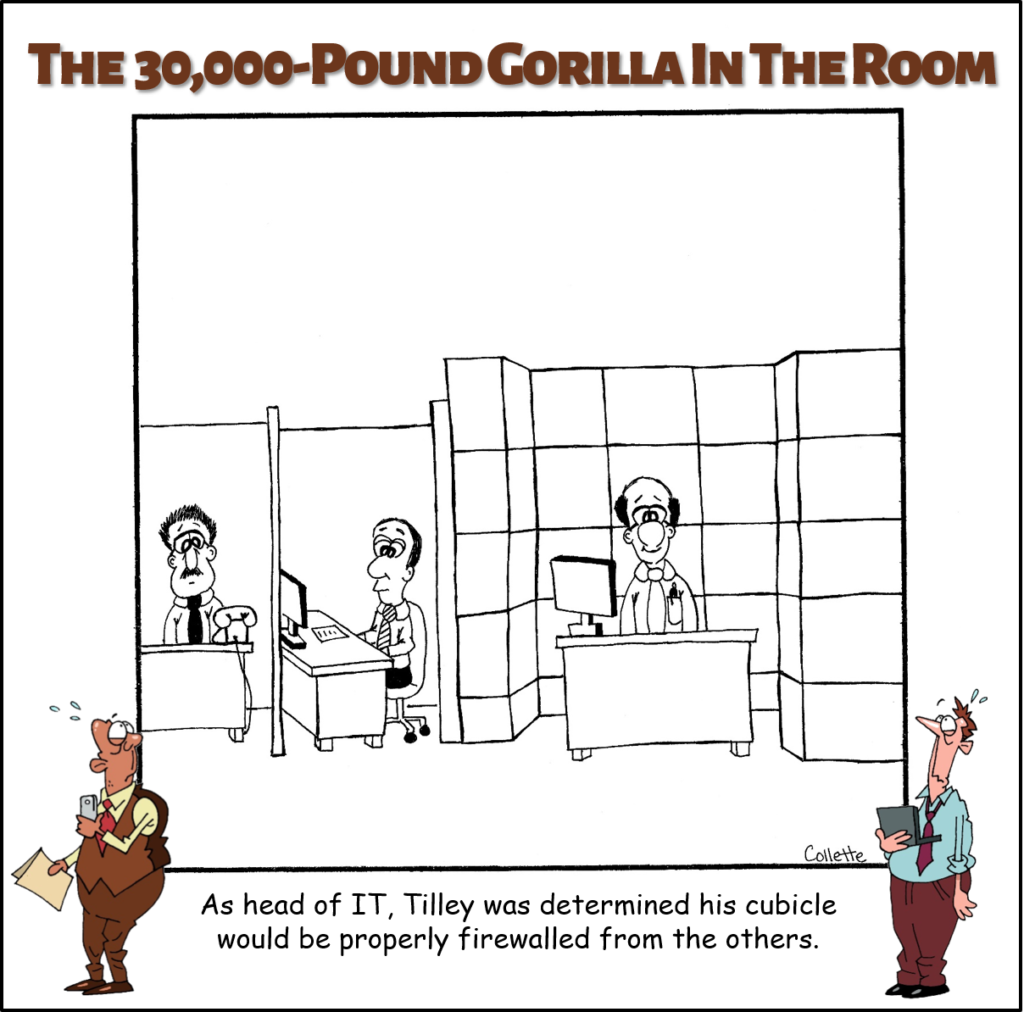 (Firewalled is an annoying business term and is just one of the 212 Most Annoying Business Phrases Managers Effuse, Confuse, and Overuse detailed in the hilarious must-have guide for every workplace: The 30,000-Pound Gorilla in the Room. Available right now on Amazon.)

A (sometimes) business partner of Steve’s was too busy to join him on a new project; and told him he was “firewalled for the foreseeable future” and couldn’t help. Of course, it took Steve a few seconds to decipher what he meant; and once Steve did, he was (and still is) embarrassed for him.

What in the hell is a grown person – especially an executive – doing trying to replace a simple adjective like busy with a bastardized version of a noun?

This, of course, goes to the very heart of the self-important in the business world – the very reason this book was written.

Many in the business world believe they are somehow cooler, hipper, more important when their verbosity takes an idiotic turn like this. They are, of course, not. They are just the opposite.

To be clear, firewalled is not really a proper word; it’s slang. Firewalled is sort of a past participle of firewall (if firewall was a verb… it’s not).

A firewall, for the uninformed, is a barrier that prevents the spread of a fire from one part of a structure (like a ship or a building) to another. For example, there is a firewall in your car that separates the engine compartment from you.

In the world of computing, a firewall is the technology that keeps the computers in your office (relatively) safe from the outside world of malware and viruses.

Knowing this, when Steve’s colleague told him that he was firewalled, Steve should’ve assumed he was being protected from the outside, harmful world. More like a cocoon, we suppose. Of course, if that was the case, Steve wouldn’t really want his help on the new project, would he?