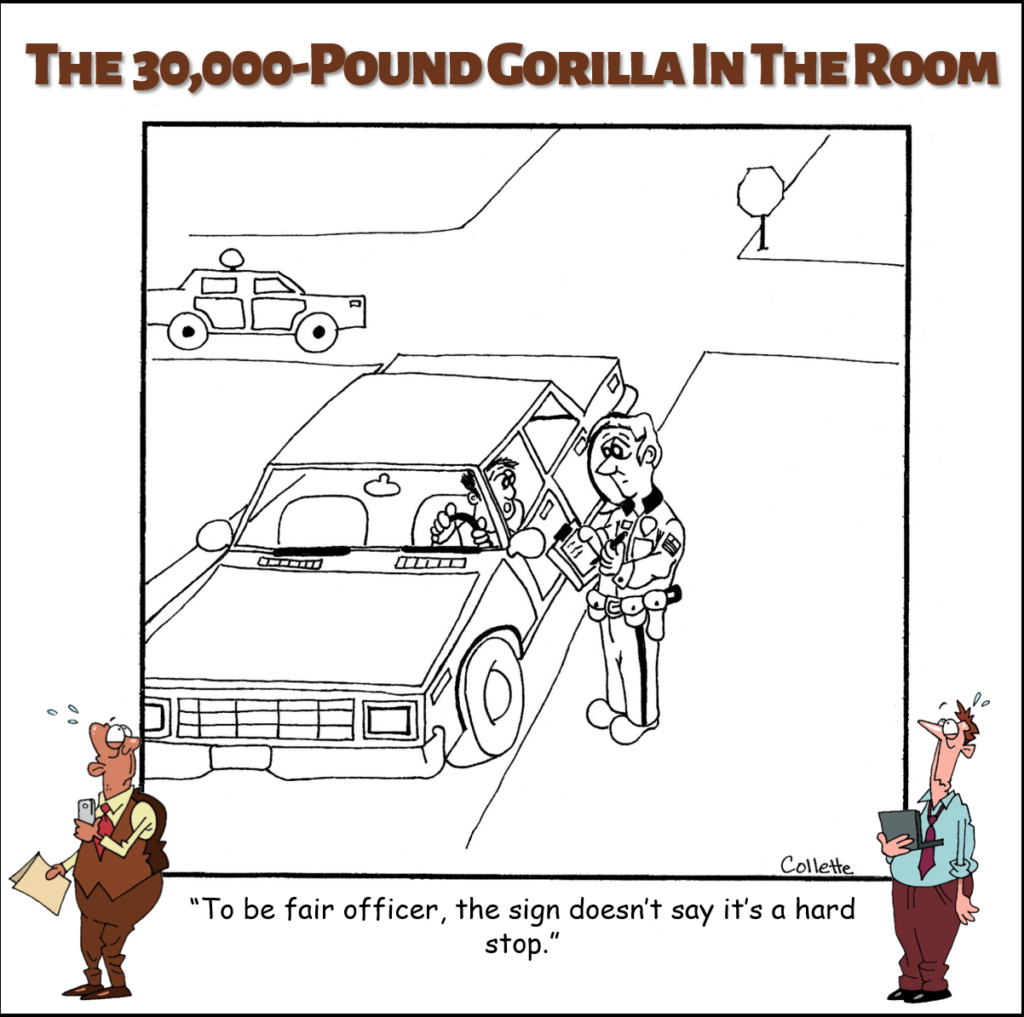 (Hard Stop is an annoying business term and is just one of the 212 Most Annoying Business Phrases Managers Effuse, Confuse, and Overuse detailed in the hilarious must-have guide for every workplace: The 30,000-Pound Gorilla in the Room. Available right now on Amazon.)

Hard stop is used proudly by the smuggest of the smug in business to let you know they have more important things to do than whatever it is they’re doing with you. Just as your conversation begins you’ll hear, “I have a hard stop in five minutes.”

We mean that. Hard stop sounds cool. The first time Steve heard it he was hooked. Hard stop is to an adult businessperson as smoking is to a teenager. They know it’s wrong, but it just seems really, really cool. So cool, in fact, they can’t wait to try it so they can be cool too!

Steve knows… because that was him. Both as the teenage smoker and as the adult telling everyone about his hard stop. Man was he cool! Of course, the problem with smoking is that it’s so addictive it’s nearly impossible to quit.

Steve knows… because it took him years to finally kick the habit.

To be clear, Steve was going to write a bit more on this, but he’s at a hard stop. Perhaps someone could invent a patch or gum to help people like Steve.

Replacement phrases: I have another meeting/engagement/appointment; I have to poop

« Hammer it Out » Haters Gonna Hate