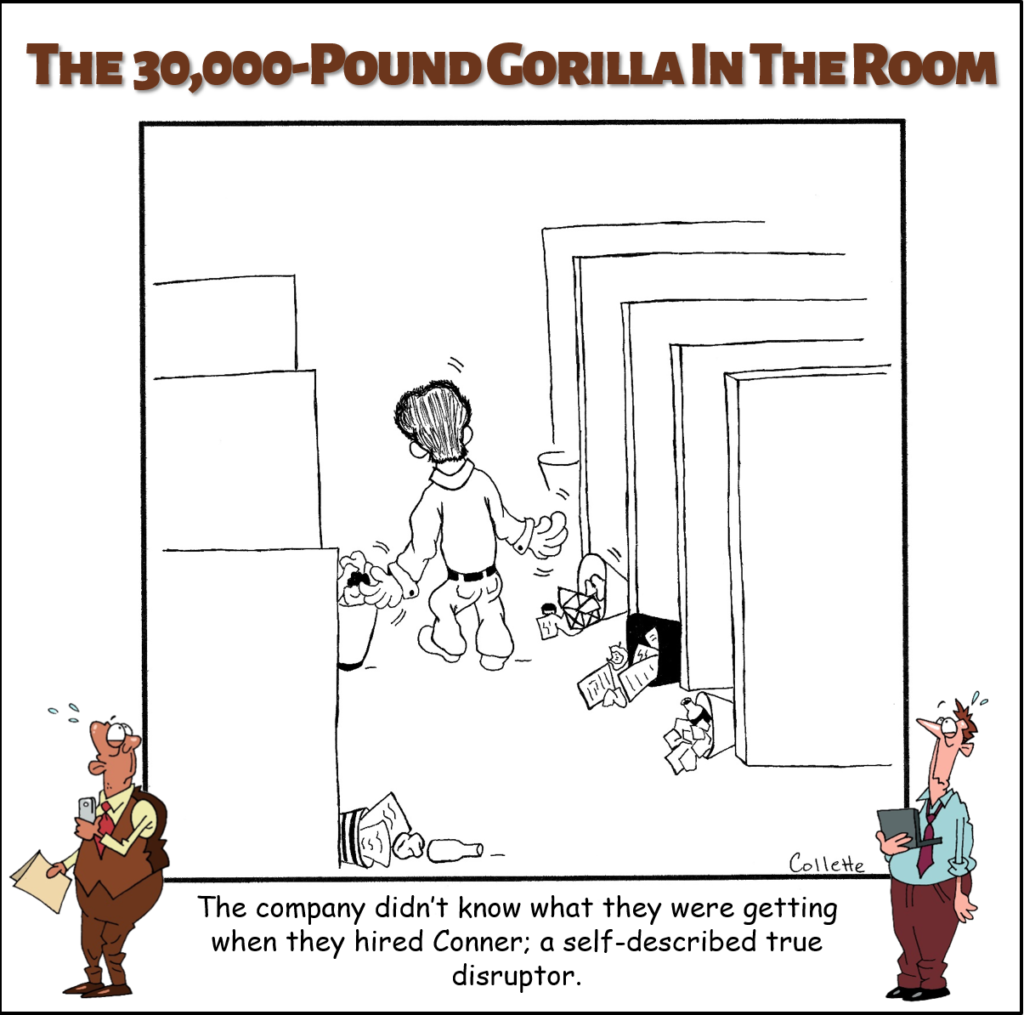 (Disruptor is an annoying business term and is just one of the 212 Most Annoying Business Phrases Managers Effuse, Confuse, and Overuse detailed in the hilarious must-have guide for every workplace: The 30,000-Pound Gorilla in the Room. Available right now on Amazon.)

Almost no one labeled a disruptor is really disrupting much of anything. Heck, today’s disruptors are barely even change agents.

Most often, of course, disruptors are called disruptors because they call themselves disruptors.

Just as shortcuts and tips are now annoyingly called hacks, for some people, old-fashioned working has become disrupting; managers have become disruptors. These days, it’s not enough to just help your business grow; you’ve got to disrupt an entire industry.

Self-described disruptors are also the ultrapreneurs who will tell you they’re crushing it as they go about being nothing more than CEOs of one-person companies trapped in the gig economy.

That is, they pick up the crumbs left by true disruptors, tell the world how hard they’re hustling 24/7/365, and proceed to change nothing before they move on to their next disruptive idea (that also never seems to pan out).

If you’re old enough to remember the world before social media, self-described disruptors are just like the guy at work who always told everyone how hard he was working. Of course, he was the one accomplishing the least.

True disruptors don’t call themselves disruptors, they just disrupt. If you fancy yourself a disruptor and use that word out loud, everyone you work with thinks you’re an annoying, pompous prick.

Instead of telling us how much you’re disrupting, just start disrupting… we’ll notice.

« Direct the Traffic » Do a Deep Dive