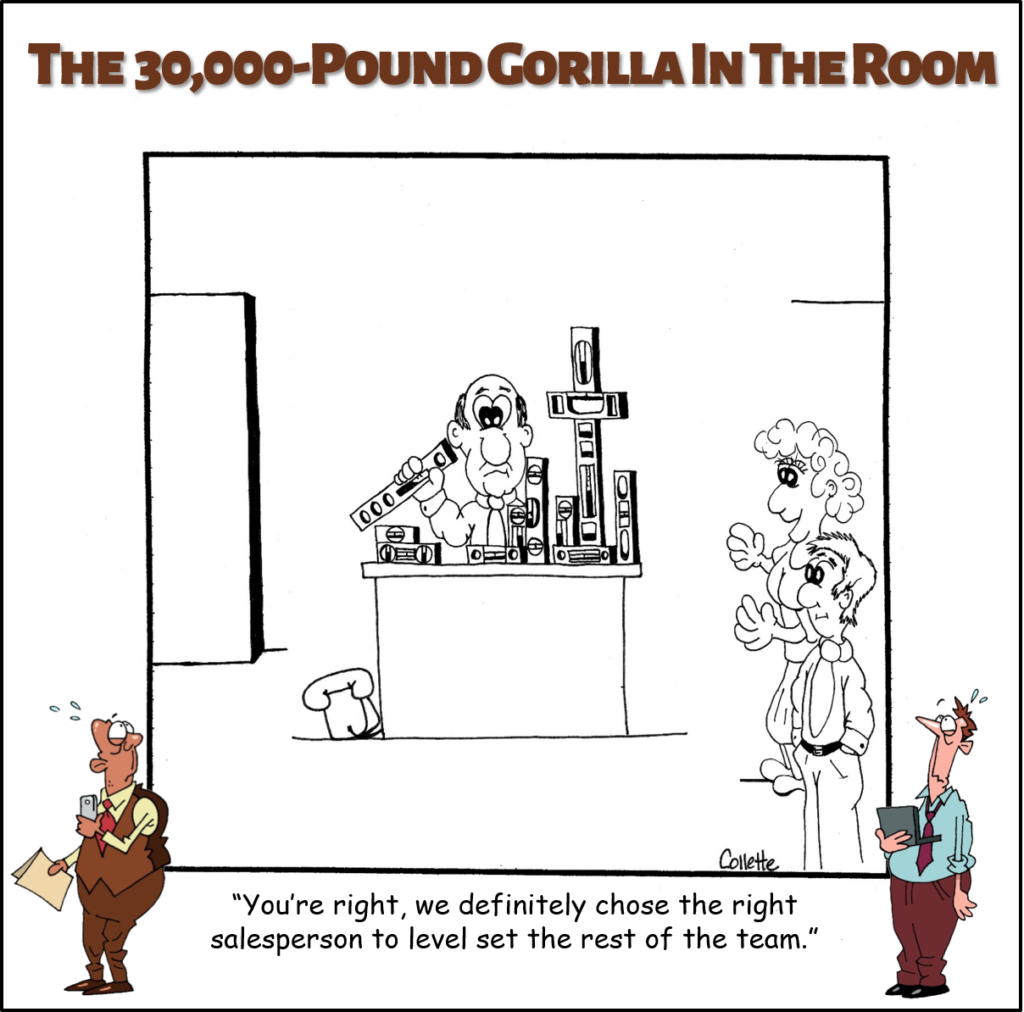 (Level Set is an annoying business term and is just one of the 212 Most Annoying Business Phrases Managers Effuse, Confuse, and Overuse detailed in the hilarious must-have guide for every workplace: The 30,000-Pound Gorilla in the Room. Available right now on Amazon.)

If you were pitching a script in Hollywood, you’d likely put some importance on the backstory. That is, the history, events, and important character information that take place before the first page of your script.

Without a solid backstory, most scripts would wander aimlessly through their 90+ pages.

Understanding the backstory is important for someone considering your script, though it’s something the audience of the finished work will likely never know existed – they’ll just catch up as the film unfolds.

For some reason, annoying managers often believe the rest of us need to understand every backstory before we can move forward with the work at hand. They’ll tell us they want to level set everyone before discussing the meat of the project/issue/meeting/opportunity.

Level set is a lazy, annoying cliché; and its usage is growing.

Unfortunately, the most common replacement phrases for this one are equally lazy and even more cliché. For example, get on the same page and bring everyone up to speed are probably the closest alternatives in meaning to level set; yet, both are, of course, equally nauseating.

During your next meeting, instead of feeling compelled to level set everyone in the room, try simply telling the story in the present tense (like any good movie), and give your team credit that they are smart enough to catch up.

See also: On the Same Page; Up to Speed; Sync

« Tight New and Used Car Inventories: Where Can We Cut? » Light a Fire Under