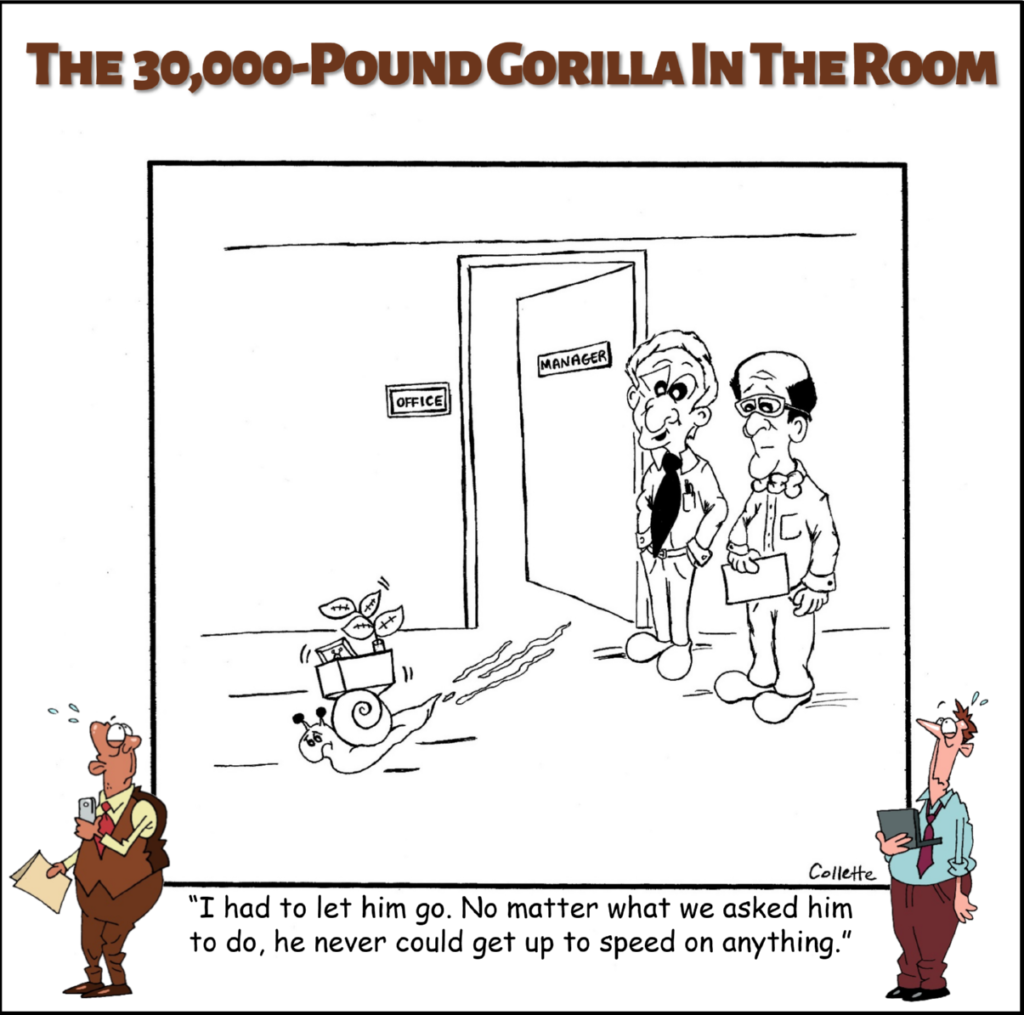 (Up to Speed is an annoying business term and is just one of the 212 Most Annoying Business Phrases Managers Effuse, Confuse, and Overuse detailed in the hilarious must-have guide for every workplace: The 30,000-Pound Gorilla in the Room. Available right now on Amazon.)

You’ve just been added to an existing team working on an important project. Certainly, you need to quickly gain as much knowledge as possible if you hope to be an effective contributor. Your annoying manager, of course, explains to you and the group that you need to get up to speed.

How up to speed became synonymous with being fully informed we’ll never know. We mean, we could look it up on Google, but we really don’t care how this became a thing in the workplace. We just want it to stop.

Up to speed conjures up an image of the rest of the team running together; in one direction; away from the newbie. It seems even if the newbie got up to speed, they would still be behind the group, right?

This scenario just begs for an algebraic word problem.

The answer is, of course, infinity times a million! The newbie would never catch up if all he did was eventually get up to speed.

If your annoying manager refuses to say something like fully informed or up to date, perhaps we can get her to at least switch to on the same page or sync. Yes, these are also annoying, but certainly more aligned with the goal, right?