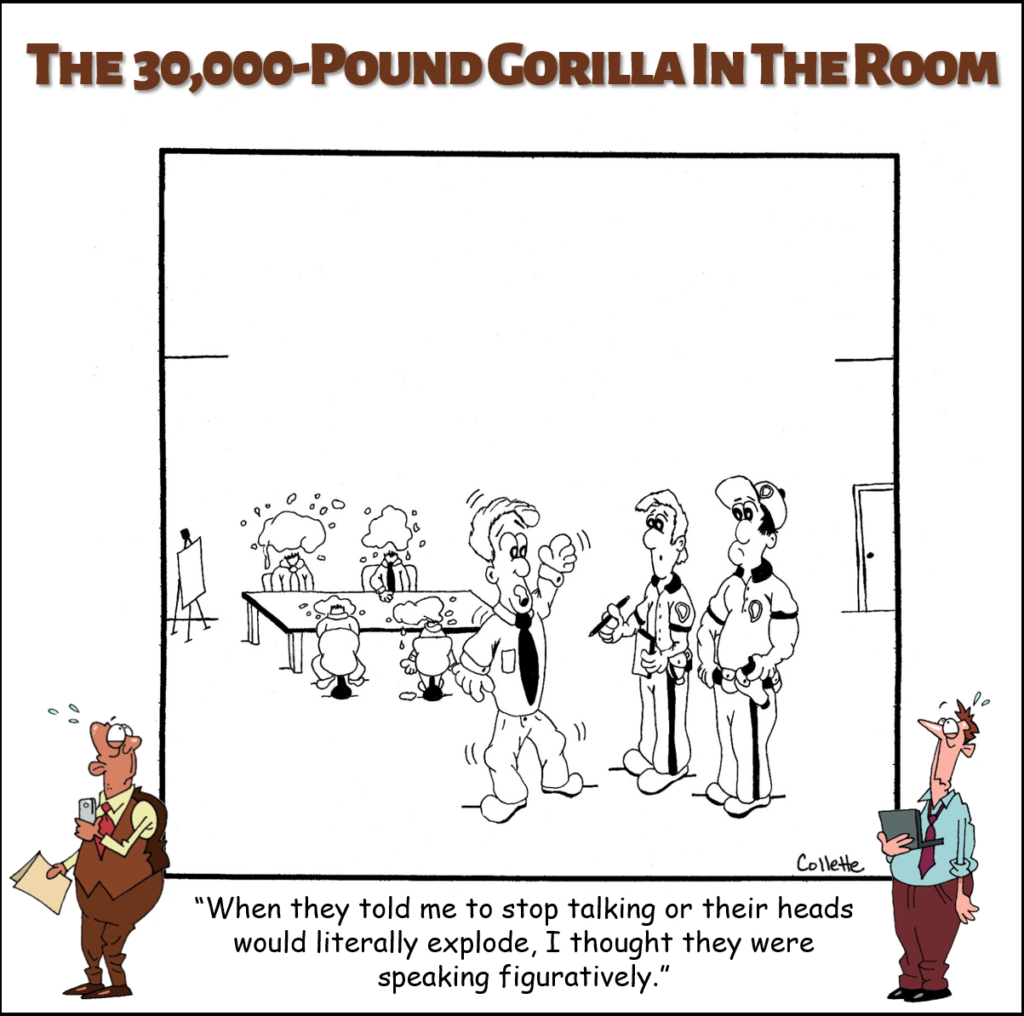 (Literally is an annoying business term and is just one of the 212 Most Annoying Business Phrases Managers Effuse, Confuse, and Overuse detailed in the hilarious must-have guide for every workplace: The 30,000-Pound Gorilla in the Room. Available right now on Amazon.)

When literally is used to mean literally, it is literally the best choice of words.

Unfortunately, in business, people are literally overusing literally. And, we do mean literally.

Literally is one of those annoying words you hear in the workplace that does not discriminate. That is, you will literally hear everyone from the well-meaning, entry-level receptionist to the ineffective CEO literally overusing and especially misusing literally.

So much so, it will literally make your ears bleed. Not really, of course, we were speaking figuratively; yet (like so many annoying souls in your office), we felt the need to overemphasize the effects of the word literally on your ears by literally misusing it.

While the linguists among you might argue that literally can now literally be used for emphasis when you don’t really mean literally, many more of us are purists… and it hurts our ears (figuratively speaking).

Replacement phrases: Most often, there is no replacement needed; just stop saying it and your meaning will be clear. If you’re speaking figuratively, say figuratively.

See also: Under the Bus

« Line in the Sand » Lost in the Sauce