Lost in the Sauce 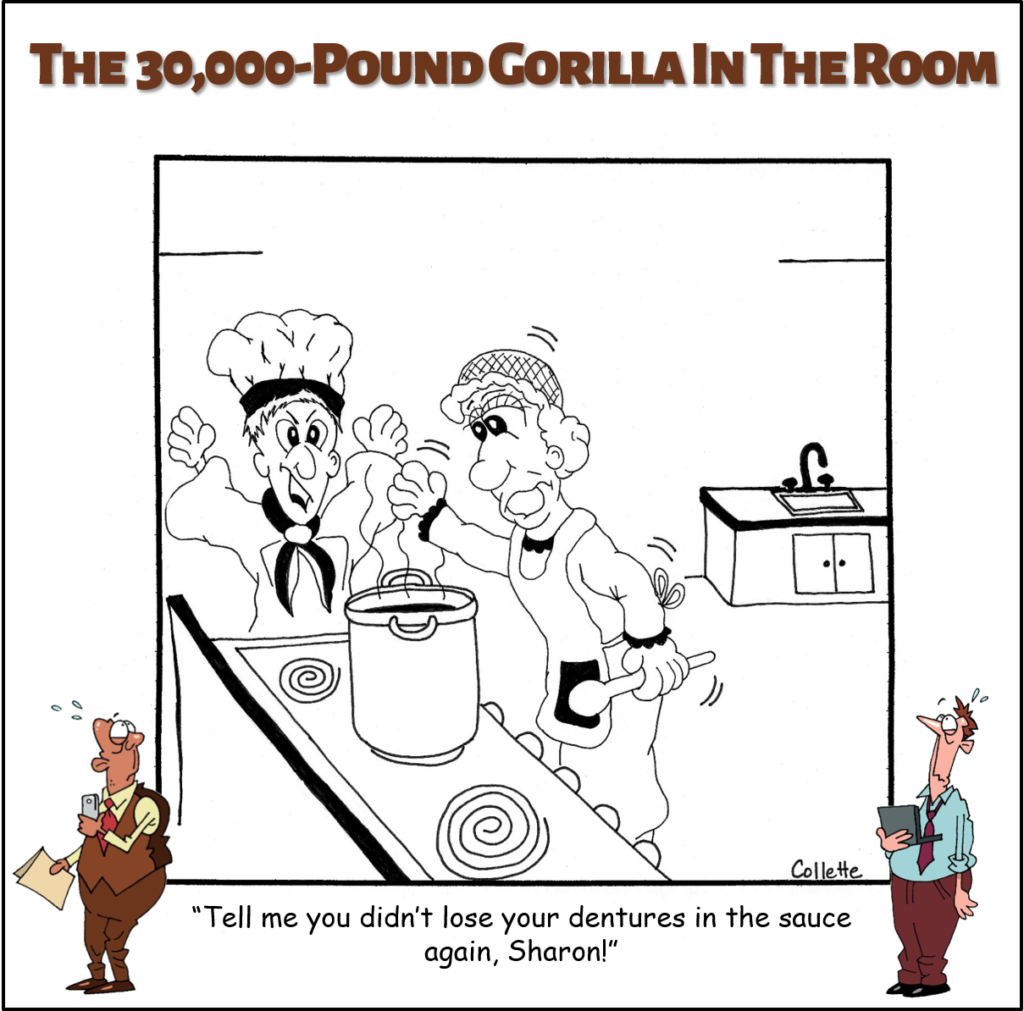 (Lost in the Sauce is an annoying business term and is just one of the 212 Most Annoying Business Phrases Managers Effuse, Confuse, and Overuse detailed in the hilarious must-have guide for every workplace: The 30,000-Pound Gorilla in the Room. Available right now on Amazon.)

Lost in the Sauce

When we hear someone in business use lost in the sauce, we cringe; then we picture a giant pot of marinara on a stove just as something unsavory falls into it. Now, we’re slightly nauseous.

Of course, what we’re not doing is listening to the annoying hipster who wants his message to be so clear that he muddies it up with idiotic sayings.

This saying is annoying on the surface; however, its rise in recent years has also led to confusion regarding its meaning. Sometimes, you’ll hear lost in the sauce from the bigmouth in your office referring to a coworker’s confusion. Other times, it will come from the mouth of some mid-level manager suffering from severe egomania warning his “inferiors” of an important point that’s getting lost in the details.

Either way, it’s infuriating. Lost in the sauce rolls off their tongues so cleanly (in their minds) they cannot stop saying it.