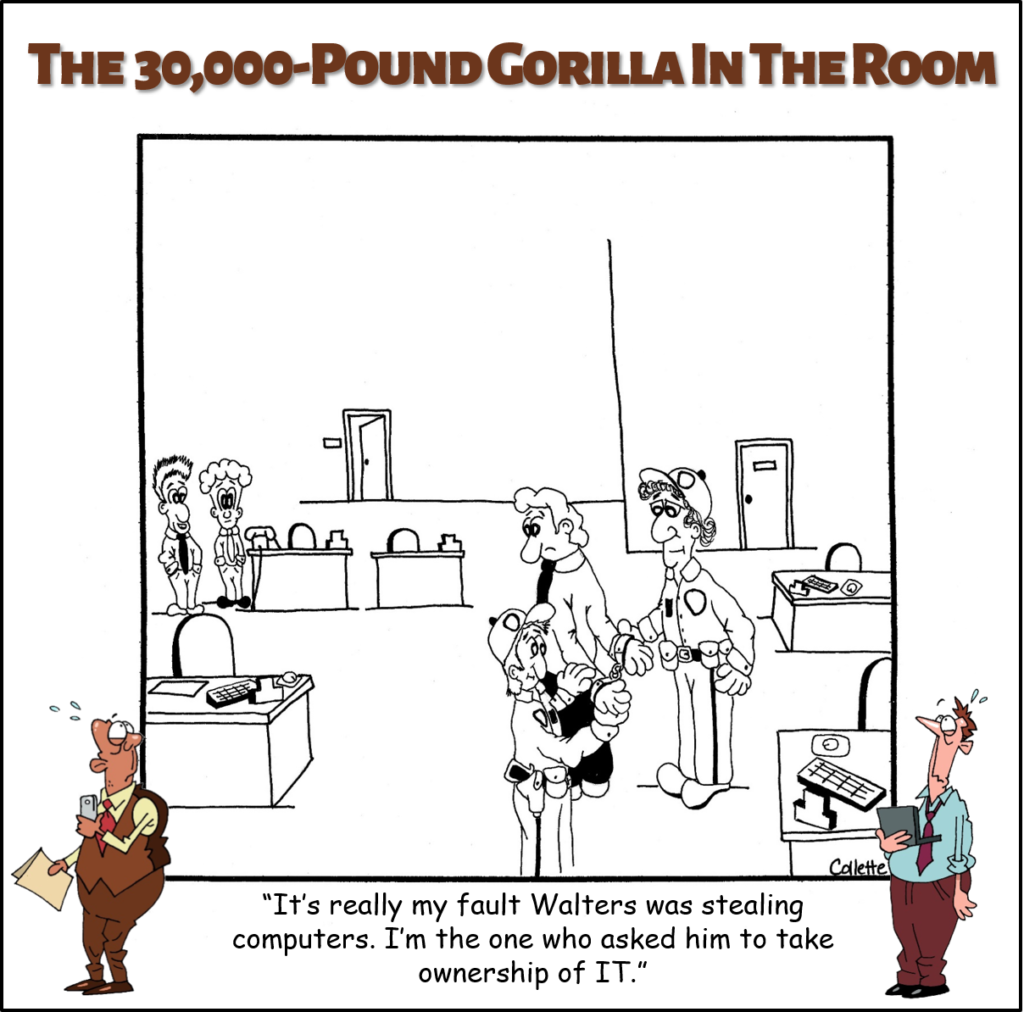 (Ownership is an annoying business term and is just one of the 212 Most Annoying Business Phrases Managers Effuse, Confuse, and Overuse detailed in the hilarious must-have guide for every workplace: The 30,000-Pound Gorilla in the Room. Available right now on Amazon.)

For decades – perhaps even centuries – people at work had tasks and duties. Suddenly, and without any warning, they found themselves with ownership. Except, of course, they don’t really have ownership, do they?

Ownership implies equity. That is, if you have ownership in something and that something makes money, then you get your share of the money, right?

Unfortunately in business today, ownership means nothing. Actually, it means less than nothing. If your jerk manager gives you ownership of a project, she’s giving you all the responsibility with none of the rewards.

Ownership is a trap; an annoying trap, at that. Getting ownership of something is like getting a title instead of a raise. (See the Cheers episode “Our Hourly Bread” Season 6, Episode 21 for what this looks like in real life.)

Ownership in your office is meaningless and it doesn’t help pay the bills.

“I need you to take ownership of that project,” spouts the annoying manager.

“I need you to be responsible for the failure of that project, while I take all the credit if it succeeds,” hears the average subordinate.

Simple, right? Yeah… we won’t be holding our breath for that to happen.

See also: Under the Bus

« Over the Line » Par for the Course