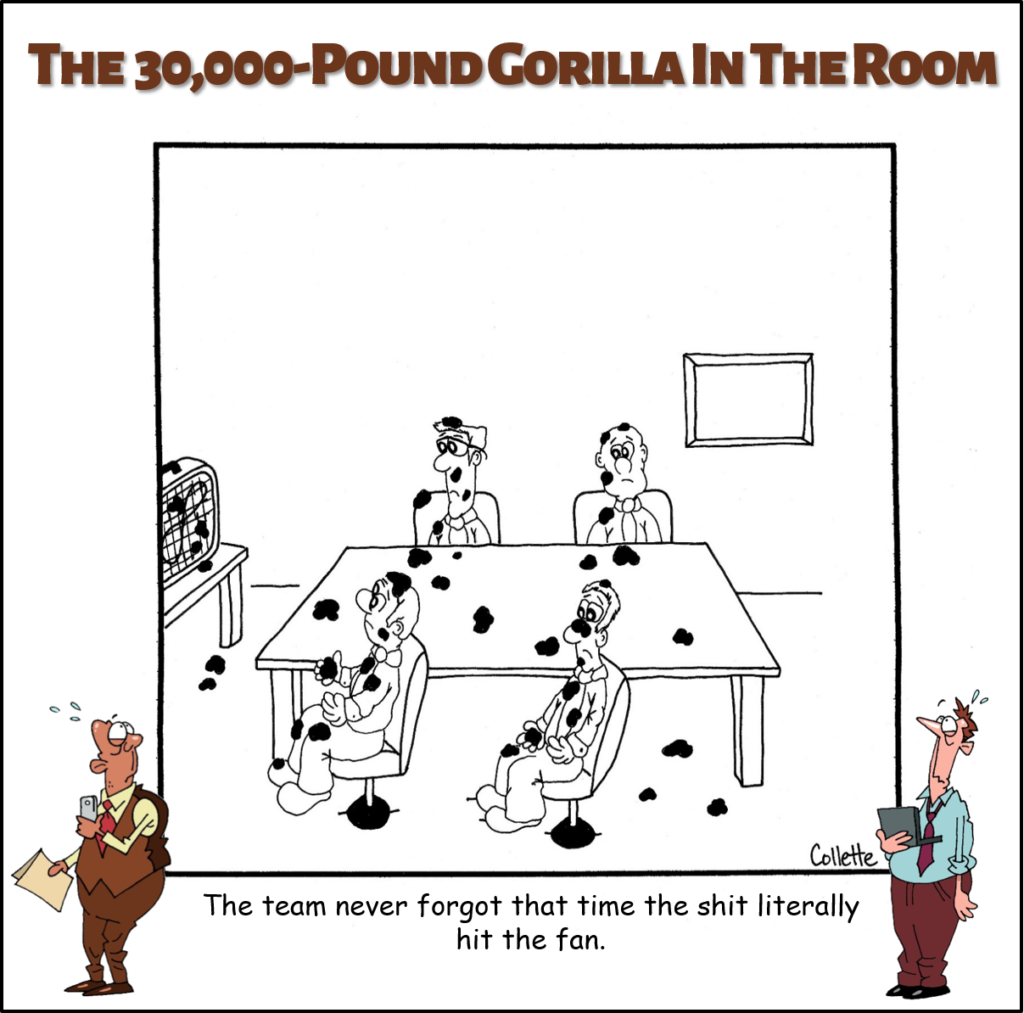 (Shit Hits the Fan is an annoying business term and is just one of the 212 Most Annoying Business Phrases Managers Effuse, Confuse, and Overuse detailed in the hilarious must-have guide for every workplace: The 30,000-Pound Gorilla in the Room. Available right now on Amazon.)

Do you like using this one around the office? Do you think its use is kind of funny; maybe a little dangerous, but still kind of cute when you say it?

Okay, then picture it in your mind. You know… think about the exact moment when the shit hits the fan… literally… hits… the… fan.

Shit hits the fan is annoying in its imagery and overuse; but, it’s especially annoying when followed by that self-satisfying look (you know, the no-pun-intended-shit-eating-grin) the user cannot help but display after uttering it.

He’ll warn you, “I think the shit’s gonna hit the fan,” and then his face tells you he thinks he’s pretty freaking cool.

When the shit hits the fan is meant to describe the moment things go awry, unplanned, or especially become chaotic. If that’s the case, why not just say that?

We’ll tell you why. Because pretentious potty-mouths in your office love the attention this one gives them – ooh, he cussed; how cool of him. And, we’ll argue, they love dramatic overemphasis.

They can’t help it. They’re annoying.