Shit Where You Eat 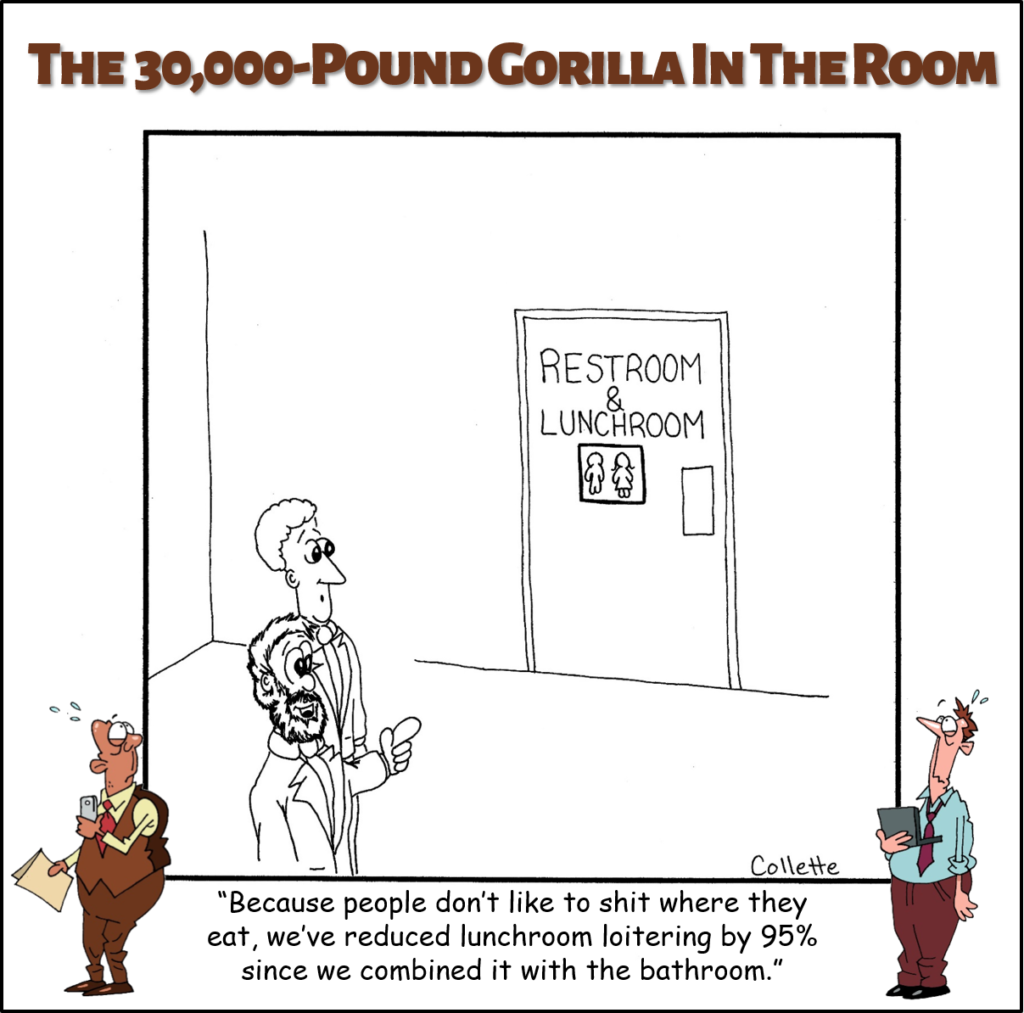 (Shit Where You Eat is an annoying business term and is just one of the 212 Most Annoying Business Phrases Managers Effuse, Confuse, and Overuse detailed in the hilarious must-have guide for every workplace: The 30,000-Pound Gorilla in the Room. Available right now on Amazon.)

Shit Where You Eat

We are often told animals are smarter than humans because they don’t shit where they eat. That is, they don’t screw up their food source by defecating in or around it. Apparently, this implies we humans are likely to poop in the fridge or pantry if not properly warned. Animals know instinctively not to do this.

Of course, if you’ve ever owned two dogs at the same time (as we have), you know sometimes one or both will literally eat shit. Given that we’ve never done that, we like to think, “Now who’s smarter?”

The phrase shit where you eat, when used at your work, is meant to warn someone not to mess up a good thing (like employment) with a selfish act (like an office affair or theft of company property).

Of course, if that’s the intention of the phrase, why don’t annoying managers just say “don’t jeopardize your job with that” instead of going for the inaccurate descriptive of don’t shit where you eat?

One, because their arrogance won’t allow them to ever speak clearly; and two, because they’re too cool for school. They’ve got a bag full of slang and they intend to use everything in that bag… every freaking day.

These managers, in fact, have so many annoying go-to phrases it’s hard to keep up. Everything they say starts to feel like fingernails on a chalkboard, as the team begins to shut them out.

Forgive the language, but their use of annoying phrases could mean (one might argue) they’re shitting where you and the rest of your coworkers eat.

« Shit the Bed » Show the Seams