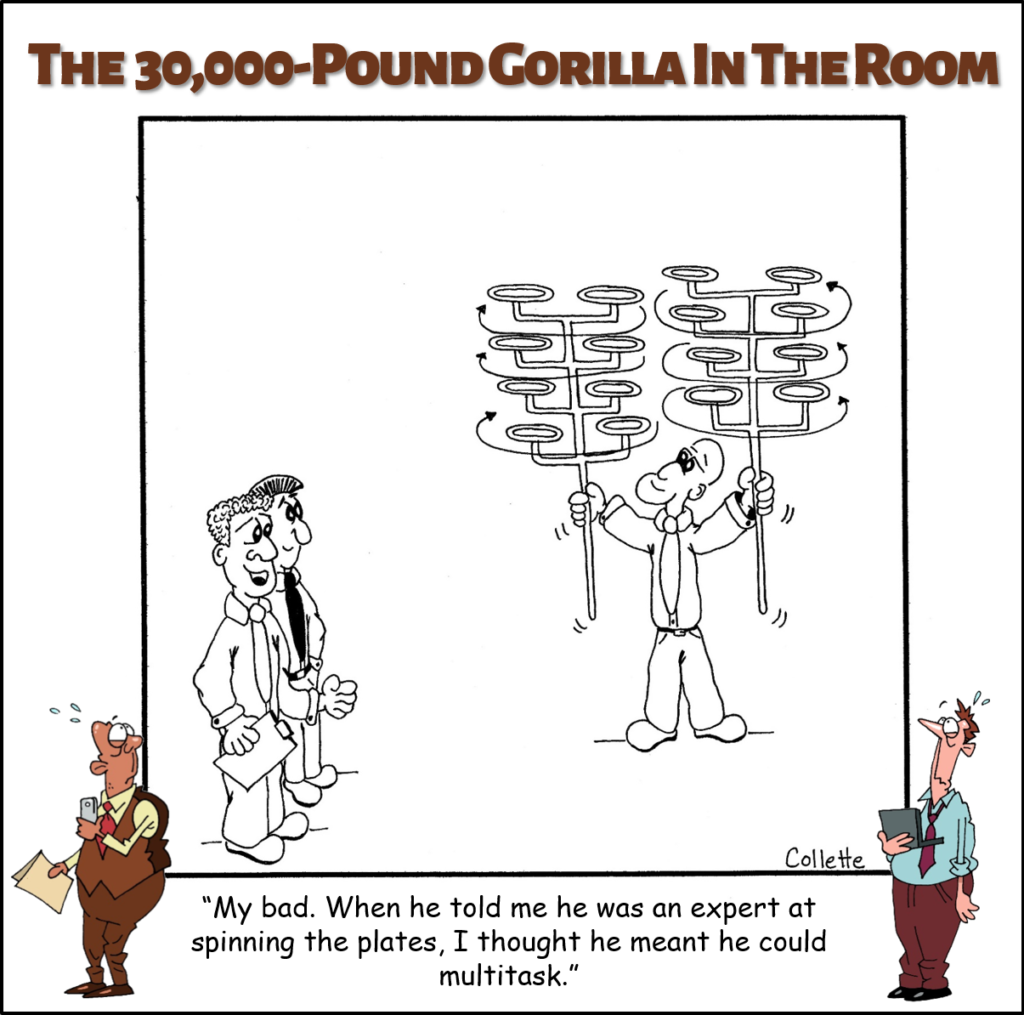 (Spinning the Plates is an annoying business term and is just one of the 212 Most Annoying Business Phrases Managers Effuse, Confuse, and Overuse detailed in the hilarious must-have guide for every workplace: The 30,000-Pound Gorilla in the Room. Available right now on Amazon.)

In the last century, plate spinners delivered a pretty cool show. Television viewers (back when we only had three channels) were glued to their sets while Johnny (Carson) or Mike (Douglas) or Ed (Sullivan) watched in awe as a competent plate spinner kept a dozen or more plates spinning, suspended on long sticks.

The television viewing public, of course, had few choices then, so it took little to keep us entertained. Today, when your annoying manager mentions his prowess at spinning the plates, he’s referring to multitasking.

He’ll tell you how he’s busy spinning the plates, while he’s really just jerking off. (Not literally, you of the dirty mind… figuratively.)

Anyone who claims their job is like spinning the plates or herding cats is just a weak-minded soul who craves attention (and pity) more than he wants to truly help the business grow.

Give him the pity he desires… that is, pity how pathetic and annoying he is in delivering any semblance of leadership to you and the rest of the team.

And remember, spinning the plates never accomplished anything in the end. It was fun to watch… at time when there was nothing else to do.

Replacement phrases: No replacement needed… just do your job and stop telling everyone how hard it is.

« Space » Stake in the Ground